What You Should Know About Bumblebees 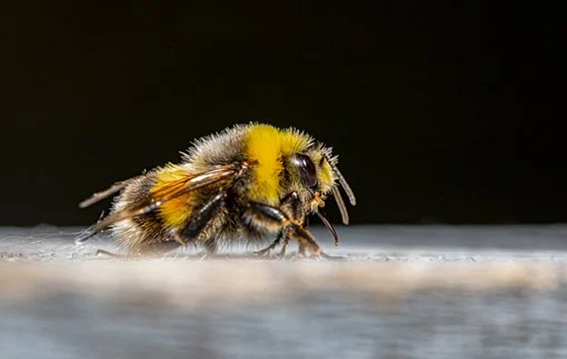 What comes to mind whenever you hear of the term Bumblebee?Â  Please donât let it be the recent Cybertron and Optimus movieâ¦ Well, bumblebees are large fuzzy insects with short, and stubby wings. They are more active than honeybees but do not produce as much honey. Interestingly, plants would not grow without bumblebees as they are vital in the pollination process. Bumblebeesâ wings spin at about 230 beats per second. The beating, coupled with their large bodies, vibrates flowers causing them to release pollen grains. There are so many things you should know about bumblebees.

Rusty bumblebees are prevalent in Canada and the United States. Bumblebees live in their nests, which they build closer to the ground. These nests are often found under wood pilings, compost piles, or under dead leaves. At times bumblebee nests can be found in deserted rodent tunnels below the ground.

Bumblebees have small wings that keep them afloat and enable them to fly. Interestingly though, rather than flap their wings up and down, bumblebees flap their wings back and forth. Itâs their wing movements that has for the longest time puzzled physicists. As earlier mentioned, bumblebee wings are shorter in span, well, with a few variations depending on the species. But with such a âhugeâ body, itâs yet another puzzle of how such wings can keep them afloat.

Bumblebees are social insects. A group of bumblebees is referred to as a bumblebee colony. These colonies often comprise 50 to 500 bumblebees. The queen is the ruler of any particular colony and is the dominant bee. The other members of the colony gather food, care for the developing larvae, and serve the queen. The queen hibernates underground in winter, and in spring, she starts up a new colony.

Bumblebeeâs primary food is nectar and pollen from flowers. The nectar provides bumblebees with energy while pollen supplies them with proteins. Bumblebees chew the pollen and mix it with saliva to make honey. The colony members feed the developing brood and the queen with this honey.

The queen is the mother of the colony. After the queen emerges from hibernation, she identifies an appropriate habitat for a nest and gathers food, after which, she lays eggs and stores up more food for herself and the brood. The queen sits on the eggs for two weeks to warm them before they ultimately hatch.

The queen feeds the larvae with pollen, and at two weeks old, the larvae will create cocoons around them where they stay until they become adult bumblebees. The queen only tends to the first batch of bumblebees, who then grow into worker bees and guards for the nest. The worker bumblebees clean the nest and fend for the next batches of bumblebee babies. Thereafter, the queenâs main objective is primarily to lay and hatch eggs.

Bumblebees are interesting insects with unique modes of flight. Itâs fascinating to know that they are crucial for the survival of most plant species. If you are a gardener, then having these bees hover around your flowery plants will help to boost your yields. So, the next time you see one, be friendly?