Testing Out the Root Assassin Shovel 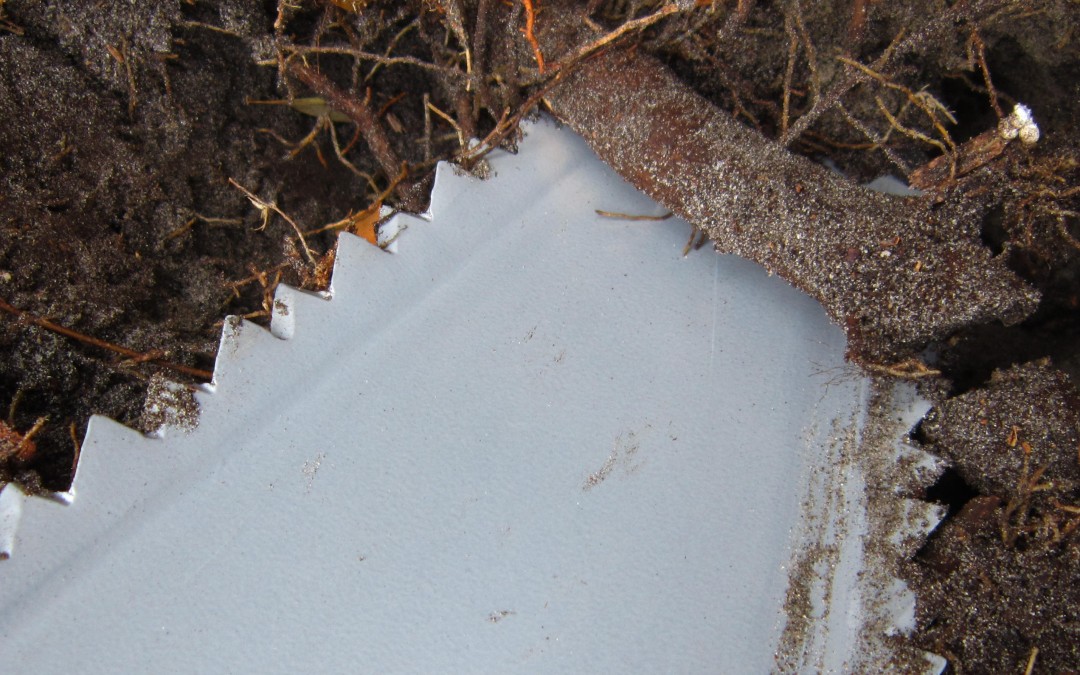 As I sit down to write this, I am pondering two possible titles, âTesting Out the Root Assassin Shovelâ or âMy New Favorite Shovel.â Hmmm. When the folks from the Root Assassin sent me a shovel to test for this review I was initially skeptical. It is kind of a crazy looking thing! Â Almost like an alligator, chainsaw, and shovel had a baby.

I was waiting for the perfect project to give the Root Assassin a project it deserved. I mean you canât use something called the Root Assassin to plant pansies! Â We are working on a major yard renovation and I knew this would be the perfect opportunity. My dad came to town and we were cutting down trees, removing palms and getting busy on our projects. We removed a 25â² tall viburnum from the corner of the shed and this gave us two opportunities to test out the Root Assassin.

The first project was for digging and transplanting this large bromeliad. As you can see, the roots of the viburnum were intertwined with the bromeliad, yet we wanted to try to keep as large of a root ball as possible. We tied up the plant (the serrated edges of the bromeliad will really tear into your legs!), and I started working my way around with the Root Assassin. It was a breeze. The upper edges of the shovel have a reinforced edge to use your foot for extra push and it took less that three minutes to pop this plant out of the ground. 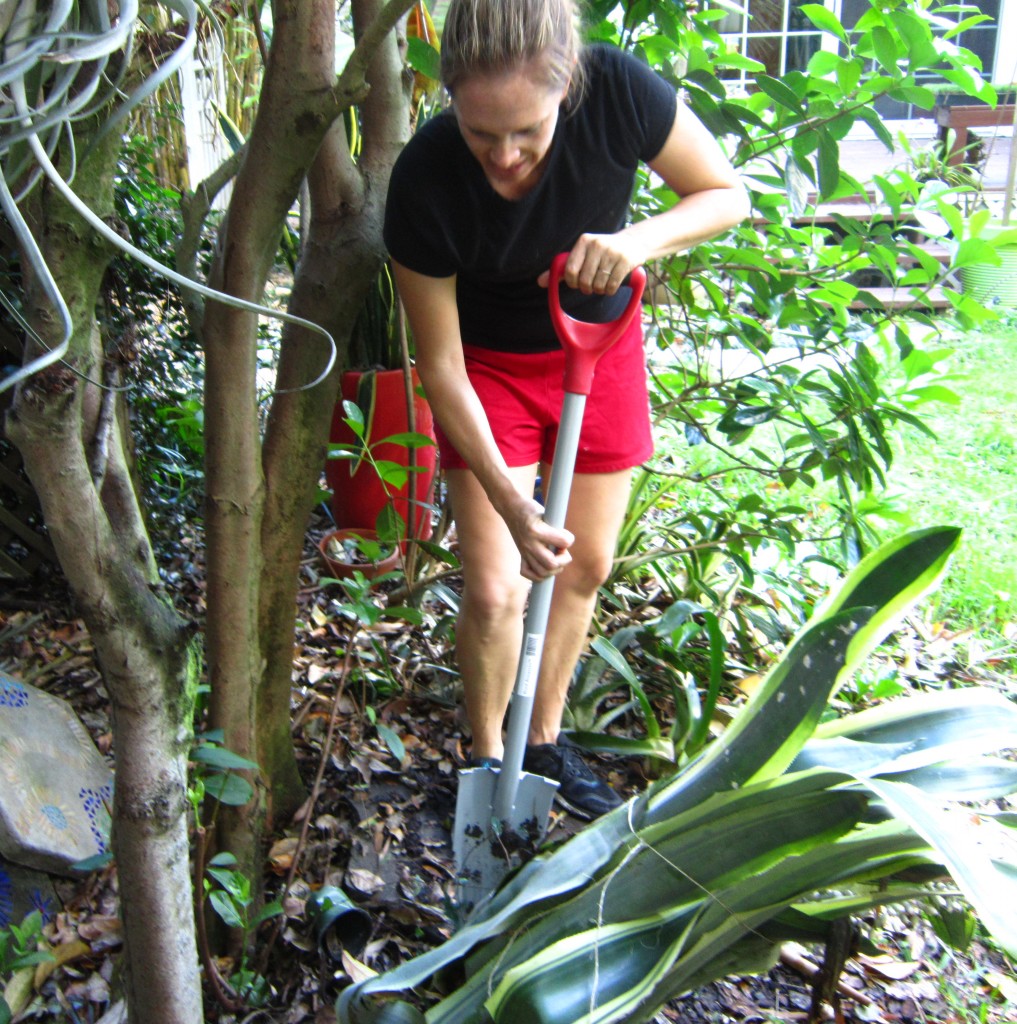 Once the viburnum was cut down it left our shed extremely visible and in need of a little more cover. Iâve been plant lusting for a Japanese Fern Tree,Â Filicium decipiens, for a few years but didnât have anywhere to plant it until now. But of course I wanted to plant it approximately one foot from the trunk of the previous viburnums. If this was a small plant it may not have been much of an issue, but this plant was in a 30 gallon container almost Â 30â³ in diameter and needed a large hole.

This is where the Root Assassin really shines. Using the shovel in a sawing motion takes some getting used to, but it very quickly cuts through large roots in the ground. Â I think I could have been at this project for a long time if I hadnât been using this shovel. I used the Root Assassin to cut large roots, some up to 2â³ in diameter, and clear the hole without too much of a problem. In fact, because March Madness was on tv, I actually did this during halftime of the Iowa basketball game!

Overall the shovel is very light and just the right length for using the handle for leverage and also getting in tight areas. I have a bad habit of kind of using my shovels like crowbars to pry out plants and while my other shovels creak and grown (and will surely snap one day) the Root Assassin stood strong. And while this might sound like a trivial point, the red handle makes it easy to find too! 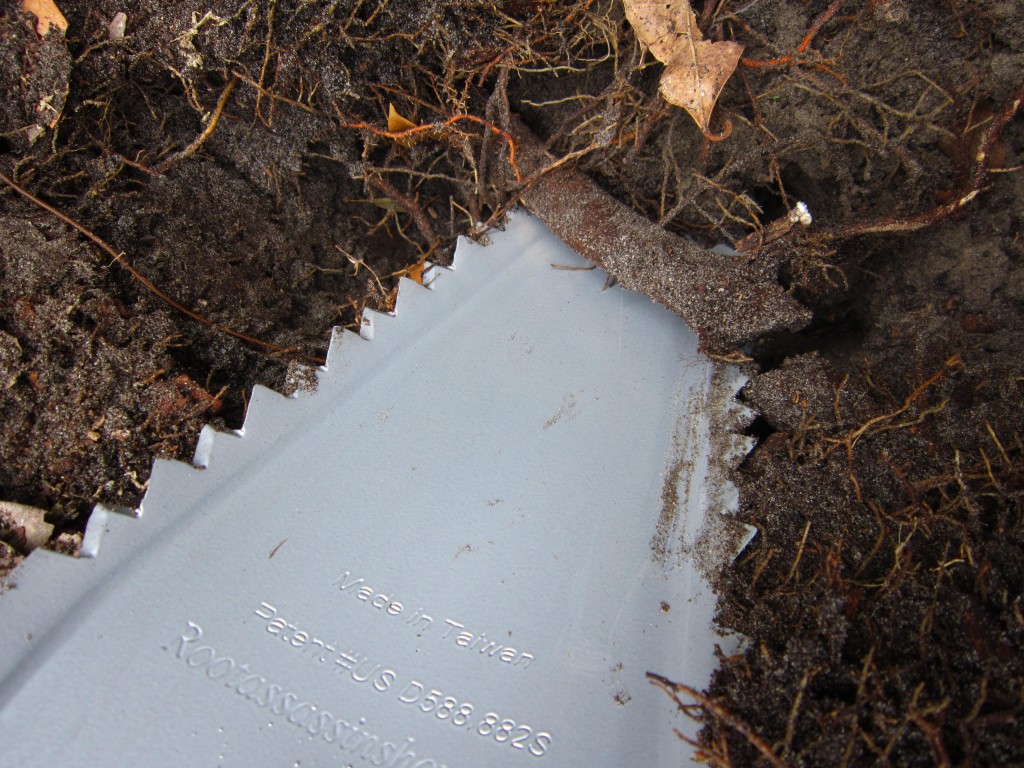 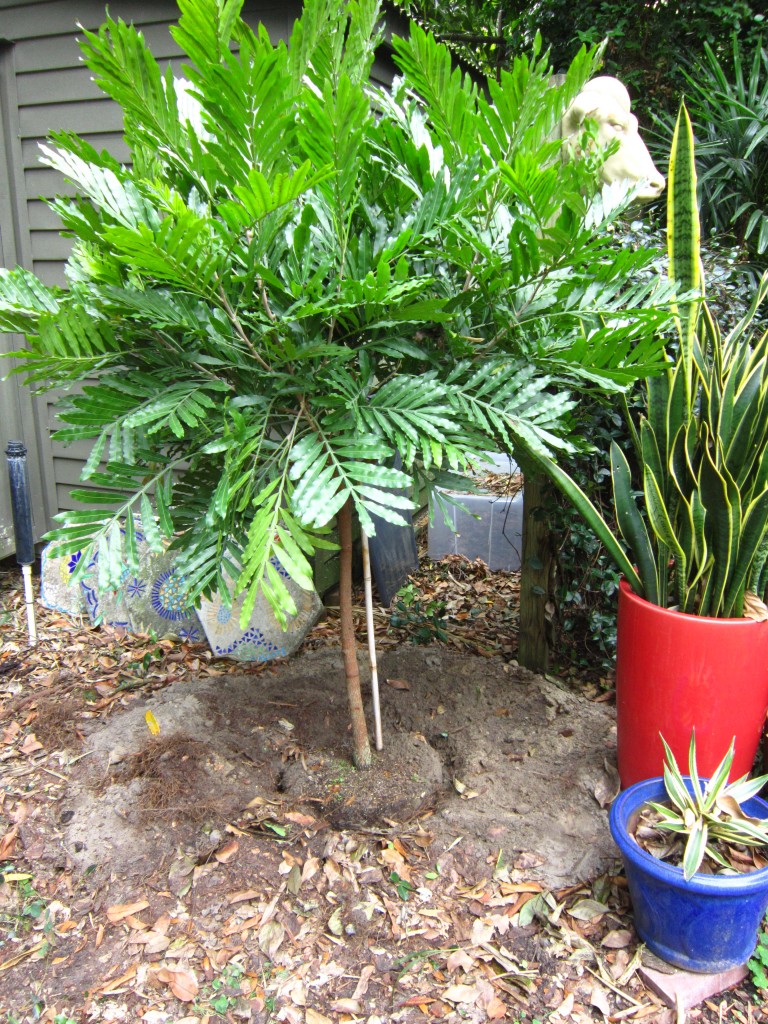 If I have any criticism of the Root Assassin shovel it would be that I am a little afraid I will cut through an irrigation pipe with it! Â My regular shovels wonât hurt these pipes, but when I get into the sawing motion with the Root Assassin I have a feeling I could cut through some pvc without even realizing it. I do take some care when I know I am near these pipes and havenât had any issues yet.

Our next trial for the Root Assassin was to dig a large hole through established perennial peanut groundcover. By this point my dad and I were arguing over who got to use the Root Assassin and who had to use the âregularâ shovel. Â  In my dadâs words, âBoy, that shovel really cuts through.â Â Who would have thought he would be a converted fan too?

If youâve ever tried to plant anything in an established bed of perennial peanut you probably found that the hardest part is cutting through the tough, wiry stems and roots. The Root Assassin did a great job for this task. We used the Root Assassin in a sawing motion to dig the perimeter and then remove the roots. Once that was cleared it was easier to use a regular spade to remove the sandy soil and dig to the depth for the new palm. 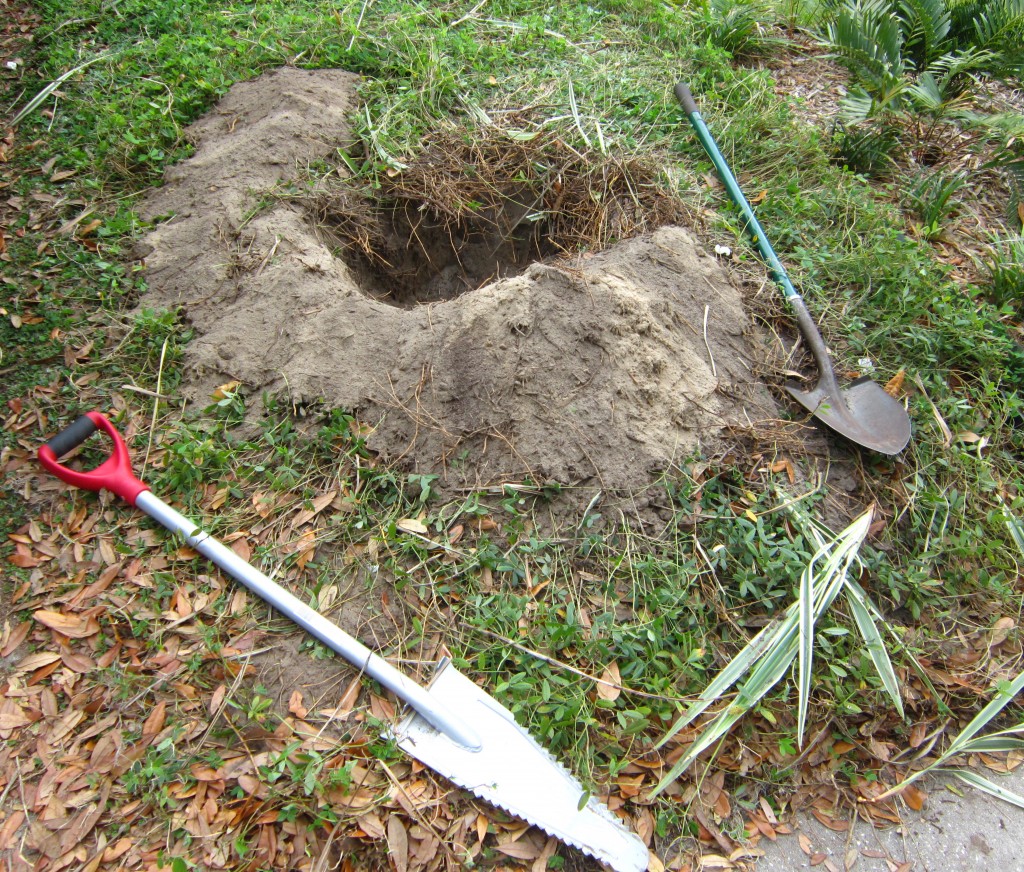 As our yard renovations continue it is a constant argument over which one of us gets to use the Root Assassin. If you are constantly battling roots and tough digging conditions I would recommend the Root Assassin. As the name so boldly states, it will tear through the toughest of soils and roots to make digging, transplanting or any garden work a pleasure. You can find more information on the Root Assassin through their website.

While I did receive a complimentary Root Assassin Shovel, the opinions provided here are my own. And yes, I would purchase one again.