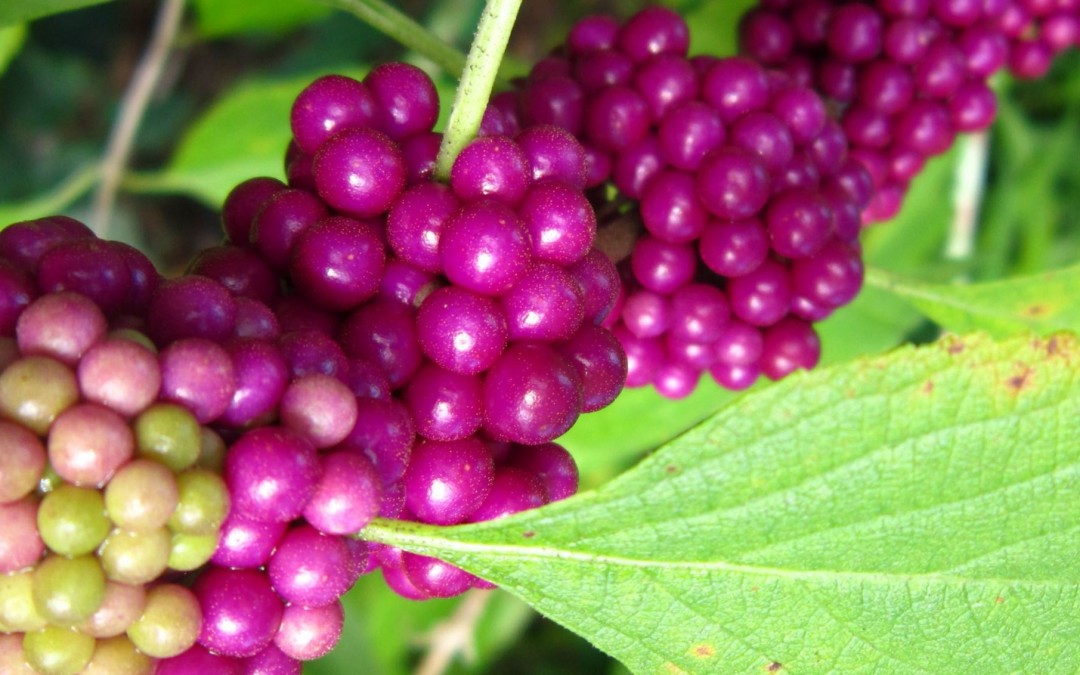 It is the time of year when the berries of Callicarpa americana are absolutely stunning. This shrub is very easy to walk right by most of the year, but in September and October it will stop you in your tracks. 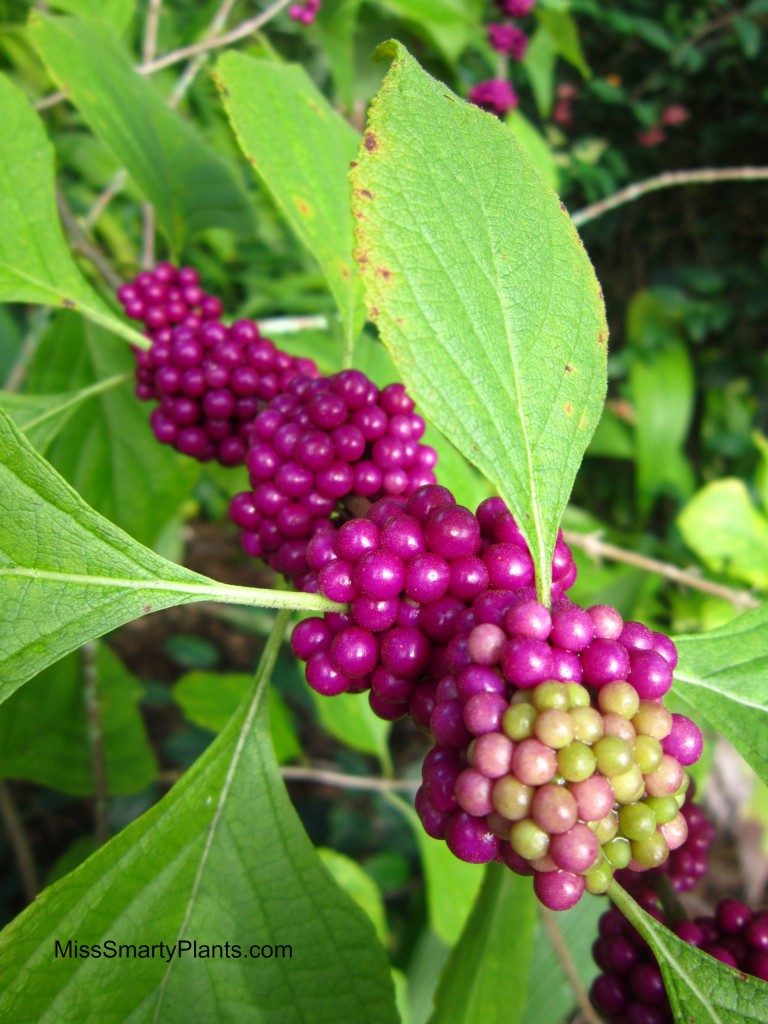 American Beautyberry is a Florida native shrub with a slightly weeping habit. It is drought tolerant and fairly fast growing, reaching 5 feet tall and wide within a year. It flowers in late spring but these tiny flowers are barely noticeable among the branches and leaves. 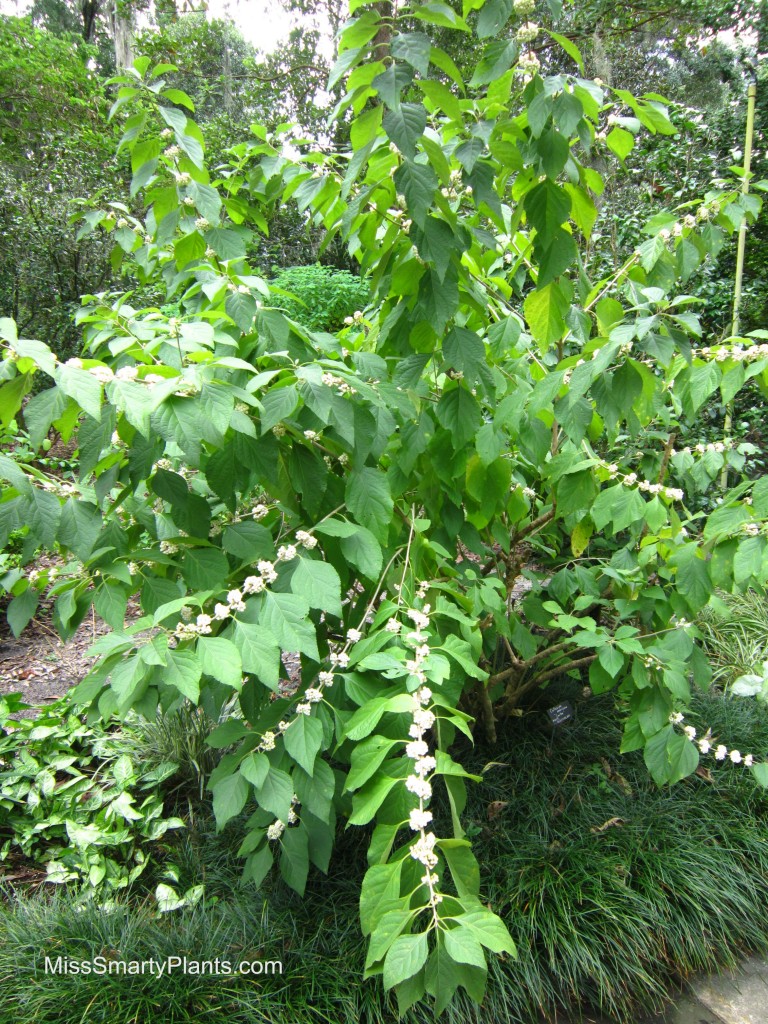 Beautyberry plants look best when massed together to create a mound of foliage and berries. It would also work well as a loose-form hedge or screen as long as it isnât constantly trimmed and the developing berries removed. The flowers and berries form on ânew wood,â meaning the yearâs current growth. From a maintenance perspective this is significant because the shrubs can be trimmed back severely in the fall, after the berries have been eaten by birds, and the plant will look great again the next year. Keep in mind that shrubs trimmed back in the fall are not very likely to bush out and grow again until the spring, so be ready for a few sticks in the winter months. 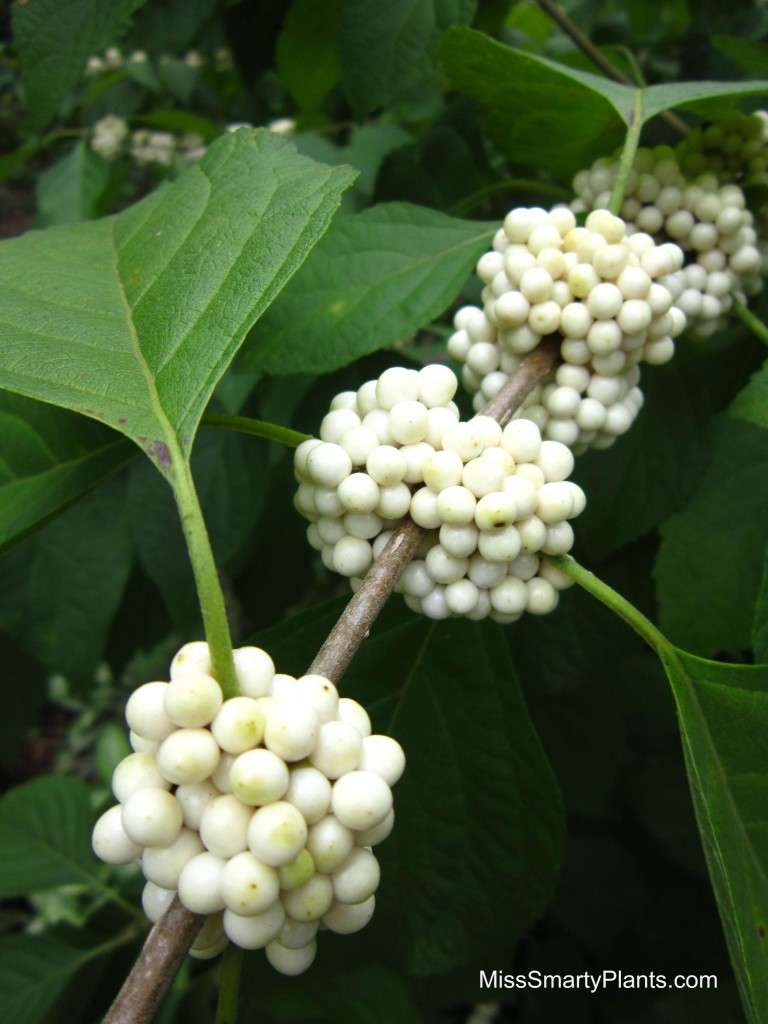 Beautyberry plants are not likely to be for sale at a big box store, but most nurseries will have these beautiful plants available. You can plant these anytime of the year, just taking care to make sure they are well watered after planting for several weeks. Yes, even native plants have to be established! 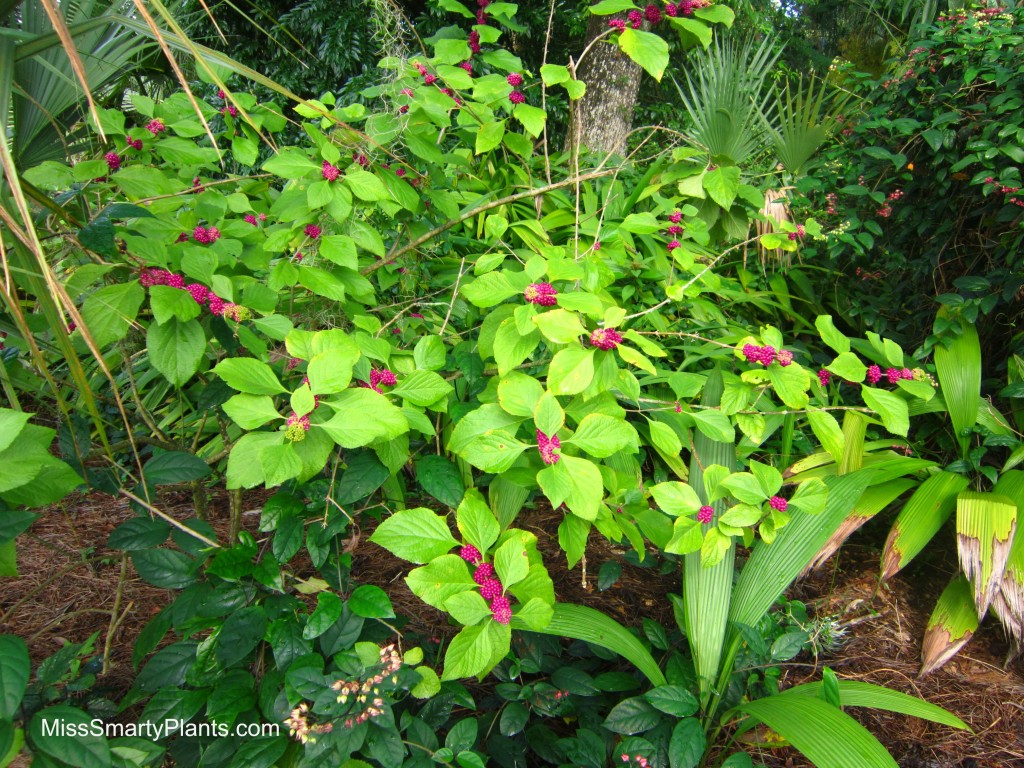