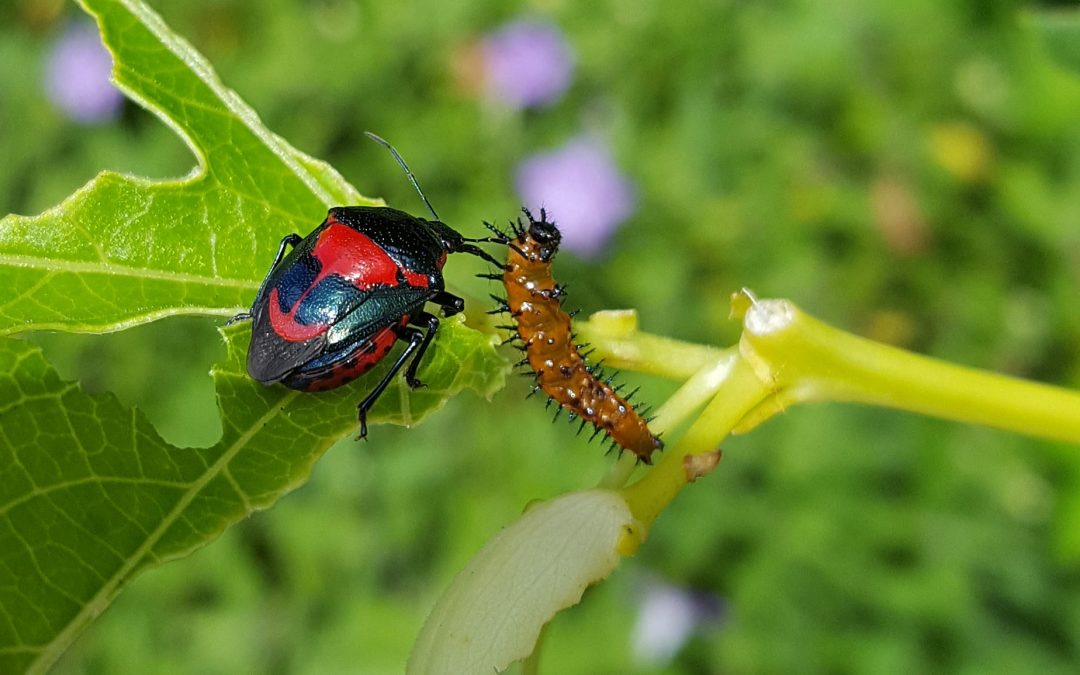 Go Social
Pinterest0
Facebook0
Twitter0
Google+0
LinkedIn0
I have to admit, assassin bugs are one of those insects Iâve known about, but havenât seen myself. I donât think I would have even known what they looked like if it wasnât for âDavid Rogersâ Big Bugsâ coming to Leu Gardens. All of the sudden I was learning about assassin bugs and helping to install a 7 foot long sculpture of this true bug. 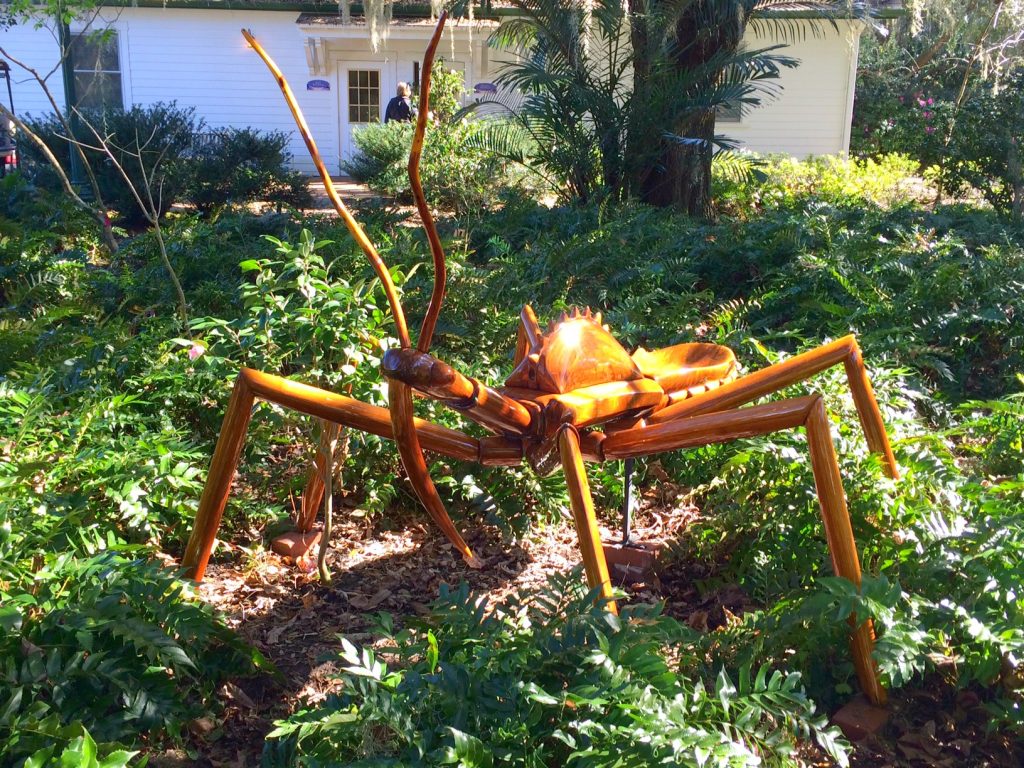 True bug?Â  Well yes, not all insects are actually âbugs.â Arizona State explains it this way: The key difference between true bugs and other insects is their mouth parts. True bugs suck. Thatâs right, the true bugs have specialized mouth parts used to suck juices. Mostly they suck fluids from plants, but there are some true bugs, like bed bugs, that feed on animals.
Assassin bugs belong to the order Hemiptera, which contains all of the true bugs. 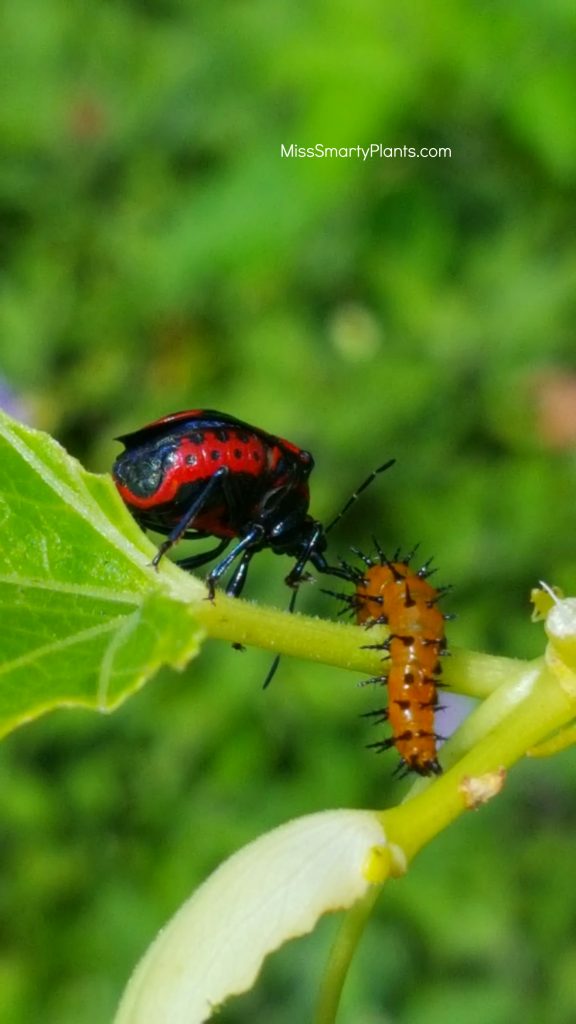 Assassin Bug Anatomy: Assassin bugs are true bugs with their piercing-sucking mouthparts. They are very hard to see because of their camouflage coloring, mostly gray, green, brown or black, but they also may have some bright color patterns or markings. They have a long tube-like mouthpart often referred to as a âsword.â Â The part on their back is called the âwheelâ and varies widely among species.
Assassin Bug Diet: They are stealthy predators hiding in the shadows to ambush their prey. Assassin bugs have sticky pads on their front legs to help keep prey from pulling away, and a mouthpiece formed like a needle. The needle is used to inject poison into the prey, causing its internal body parts to turn to liquid and then also used to suck out the remaining âbug juice.â
Recently I came across this beautiful black and red assassin bug feeding on a gulf fritillary caterpillar. Tragic, I know, but still so amazing to see! 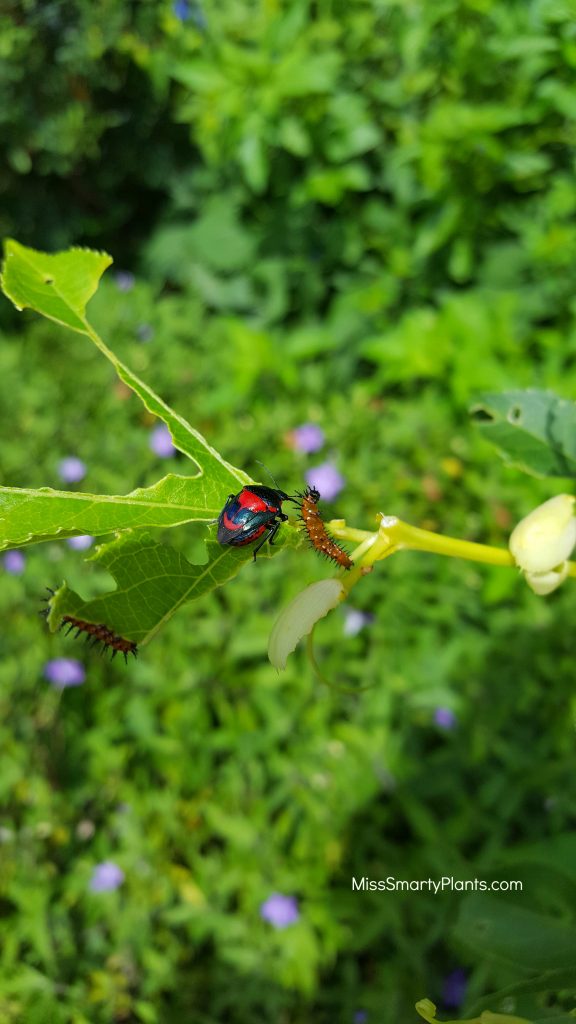 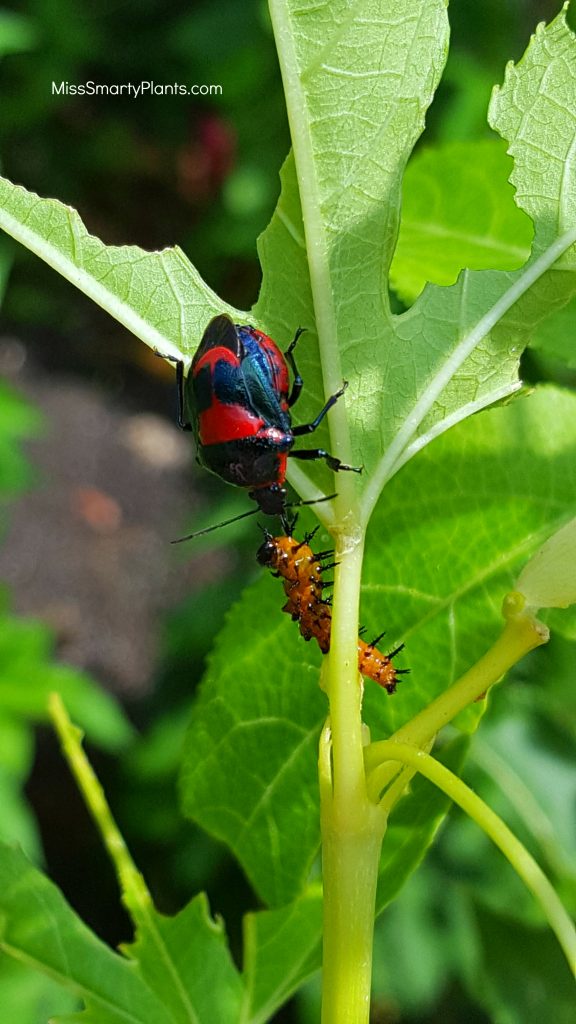